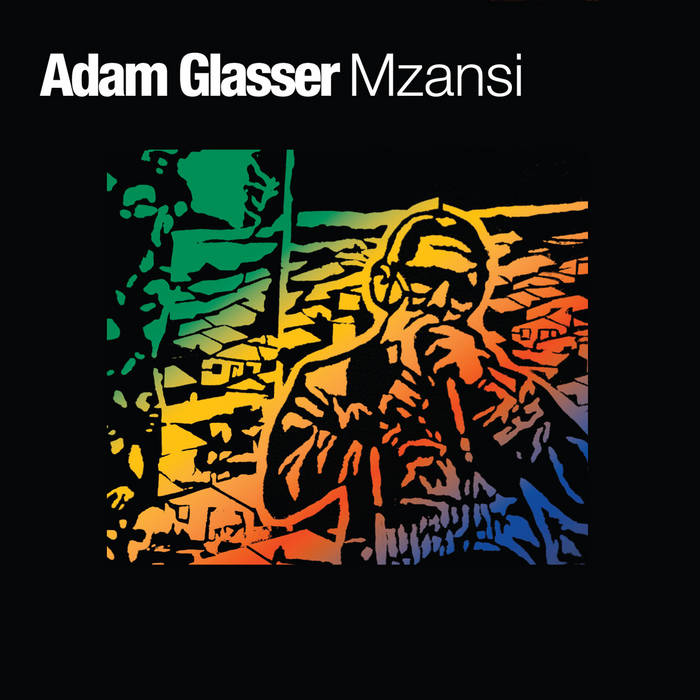 Adam Glasser, one of the most vital composers and bandleaders in South African jazz and one of the few harmonica players having penetrated the jazz ethos on that instrument, has released Mzansi, his stunning second album that Johannesburg’s Boitumelo Tlhoaele, writing in The Sunday World, said “captures the essence of South African jazz.”

Glasser’s debut album for Sunnyside, Free at First, earned him a South African Music Award (SAMA) for best jazz album in 2010. In her review of Free at First, Gwen Ansell, the doyenne of South African jazz criticism, wrote perceptively that Glasser “deliberately confront[s] listeners’ perceptions of musical categories and what does and does not belong in the box. Glasser wants us to sit up and acknowledge the validity of the South African jazz heritage.”

Faithful to that challenge, Mzansi boldly carries forward the eye-opening work of this extraordinary artist who as a teenager listened in on rehearsals with Mackay Davashe, Barney Rachabane, and others at Dorkay House on Eloff Street in Johannesburg, before linking up abroad, once he had grown into maturity and London had become the nerve-center of South African jazz in exile, with the likes of Dudu Pukwana and Abdullah Ibrahim.

Glasser has enlisted, within the mantle of such tradition, a pantheon of South Africa’s most respected jazz musicians today on Mzansi, including tenor saxophonist Khaya Mahlangu and bassist Herbie Tsoaeli.

With wunderkind polymath composer and multi-instrumentalist Mpumi Dhlamini joining Glasser, the Dhlamini-penned “Ekhaya” is a standout on the album.

Glasser has a flair for connecting the dots between South African jazz’s “London township” stars of a prior generation and the possibilities for a reinvigorated jazz scene at home, amply demonstrated on “Free at First” and in The Manhattan Brothers’ stirring comeback album “Inyembezi” which Glasser produced. In that vein, Mzansi also features two legendary London-based South African vocalists, David Serame and Pinise Saul. Pinise Saul and Adam Glasser are both veterans of Dudu Pukwana’s London band. Saul was the group’s scorching frontwoman, Glasser the pianist. On “Mfiliseni”, she and Glasser pay tribute to maskandi guitarist Mfiliseni Magubane. Their other original, “Pasop”, dates back to their years with Pukwana.

Throughout all of Mzansi, there are two unifying elements. One is of course the South African jazz ethos evoked by Glasser’s personal odyssey, the repertoire of the album, and the remarkable cast of supporting players. The second is Glasser’s sheer virtuosity as one of the world’s truly great chromatic harmonic masters. At once a true original and a guardian of the world’s most identifiable regional jazz tradition, Glasser has developed a highly personal sound – the mark of greatness for a jazz artist.

Alongside the legendary Toots Thielemans, the incomparable Stevie Wonder, and his contemporaries Grégoire Maret and Chet Williamson, Glasser stands in a small circle of those who have discovered, in the dynamics of the chromatic harmonica, a soulful palette for jazz improvisation.

Bandcamp Daily  your guide to the world of Bandcamp